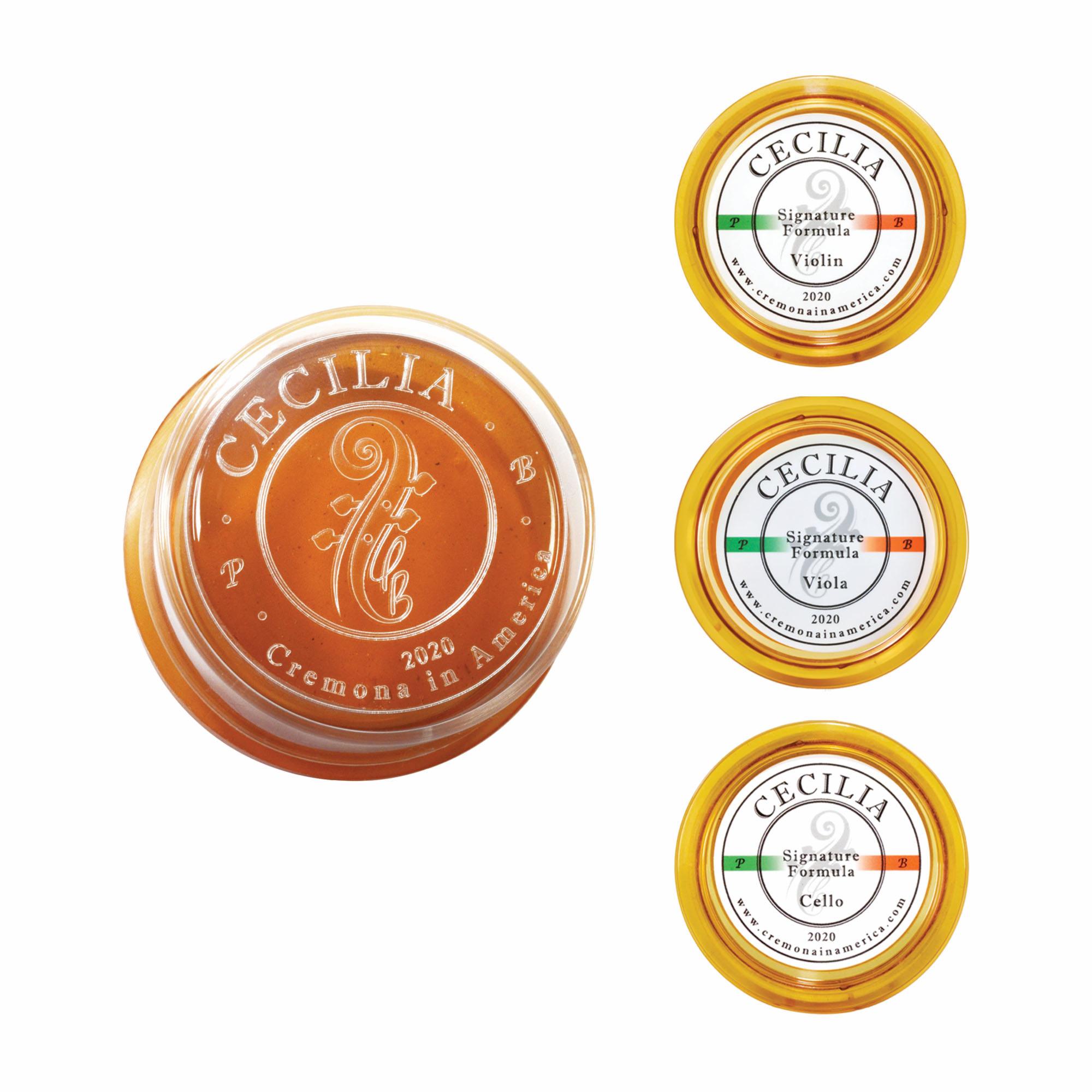 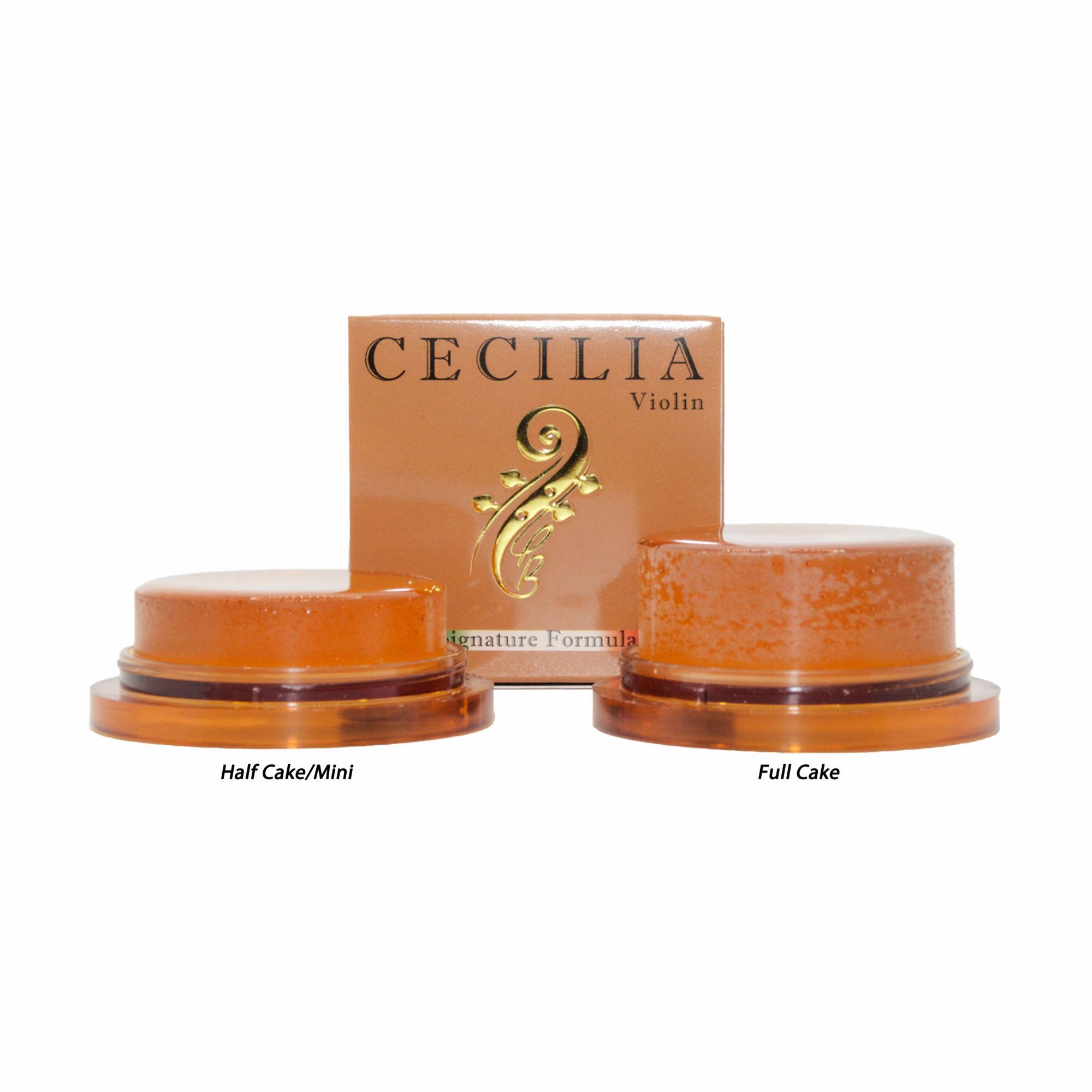 "The name CECILIA is both the name of the patron saint of musicians as well as the name of my beloved mother who passed away in 2019. Her wonderful love was a constant source of support and inspiration. In honor of my mother and musicians, and to celebrate the new decade, all premium rosins from CiA will be made under the name CECILIA starting in 2020. The CECILIA Rosin series is now available in the USA and Europe and expected to be launched in Asia in the Fall of 2020. All production of ANDREA will be ceased then."

Each individual rosin ingredient is melted slowly until it becomes liquid. It is then dispensed through a special filtering screen and the ingredients are blended together. This new blending process enhances the purity of the rosin as well as increasing the preservation of the original chemical properties of the secret rosin formula.

CiA's long time popular formula that focuses on providing maximum projection as well as articulation. It is also forgiving under high bow pressure on the strings without the sound cracking. However, some musicians may find more effort is needed to create sensitivity in soft passages.

Solo rosin provides powerful sound projection, yet it does not compromise on the sensitivity for the soloist. It is also very forgiving without the "crackling" on the strings under a high amount of bow pressure. You will not be overpowered in the orchestra. You will feel the immediate change in your sound.

It offers a well blended, refined sound with slightly less projection than the SOLO formula. Admirers have described this special formula as giving a silkier sound. A Piacere is a good alternative to the Andrea ORCHESTRA formula which was discontinued as of 2020. The formula is based on the Tartini Green rosin that was available for just four years back in 2002.

Initially introduced as CiA's 10th Anniversary Special in 2018. Two rosin formulas with different properties in one unique block. The outer ring formula gives a silky smooth bowing experience with a focused sound on the strings. The center formula kicks in when the player demands more power and gutsiness from their instrument.

CiA's new flagship formula of CECILIA Rosin which provides a unique bowing sensation when in contact with the string and a clearly defined reaction. This is the most significant new development in our rosin formulas from CiA for the most demanding musicians. It helps the bow to give rich, full, and expressive tones without excessive bite.